What Qualifies as a Trade Secret? 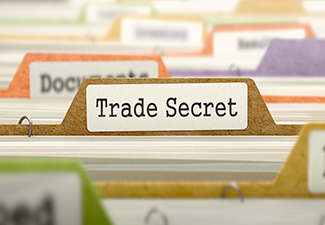 If you’re an innovator in your field, you know how important protecting your intellectual property is. No matter what line of work you’re in, you need to safeguard what makes your business unique.

One way to do this is through a trade secret, but it’s critical you understand what qualifies as a trade secret and how you’ll have to protect it once it’s in place. If another person or company attempts to steal this information from you, there’s a series of steps you’ll be expected to take to defend it, and it’s often necessary to hire a business litigation attorney to help.

At the Law Office of Julie Scott LLC, I’ve dedicated my entire practice to defending intellectual property rights for individuals in Kansas City, Columbia, Springfield, and Rolla, Missouri, and I can help you, too. Call today to schedule a consultation.

A trade secret is a type of intellectual property protection for a “formula, pattern, physical device, idea, process or compilation of information.” In order to qualify, you must show that your trade secret (proprietary blend, computer source code, chemical formula, etc.) will give you an economic advantage if it is confidential, that it has value to others who are unable to acquire it, and that your actions surrounding it show a reasonable effort in keeping it a secret from competitors or the public. Unless all three of these elements are present, it will not meet the criteria for a trade secret.

Most people think of trade secrets as they relate to food items, such as the highly guarded formula for Coca-Cola or KFC’s fried chicken recipe. However, trade secrets can cover all areas of business; the Google search algorithm, the chemical formula for WD-40, the formula for Listerine mouthwash, or a secret client list.

What’s unique about trade secret laws in comparison with copyright, trademark, or patent law is that you don’t actually need to register anything with the government. Instead, the onus for maintaining and guarding your trade secret is on you. This is both to actively protect your secret and pursue litigation if someone attempts to steal this information. Additionally, because there’s no formal method for recording your trade secret, there is no limitation period for how long it can remain in effect.

Each state approaches trade secrets differently, and Missouri law has its own legislation called the Missouri Uniform Trade Secrets Act (MUTA). When you seek to uphold a trade secret in Missouri, the state will look at several factors to determine if it can be protected. They will try to determine how many people inside and outside of your business know the trade secret; how well guarded it is, the money and resources that went into developing it, how valuable it is to your competitors, and how easy it would be for someone else to discover it or come up with it on their own. Because this is a complex process, you will likely need a commercial litigation attorney to help gather and present evidence on your behalf.

In short, the keeping of a trade secret is the responsibility of the employer or owner and not some governmental agency. You are responsible for its safekeeping and producing evidence to prove a trade secret if someone tries to steal it. If you believe you are the victim of trade secret misappropriation, you will need to take legal steps to protect your secret.

This can often be seen when a former employee discloses a trade secret to someone else after they have stopped working for their employer. Although it can’t prevent all potential misappropriation, it is always a good idea to have anyone who knows the trade secret sign a nondisclosure agreement (NDA).

Legal Experience You Can Trust

Even though the current trade secret law in Missouri under MUTA is an improvement over previous legislation, the law is still open to interpretation, and each courtroom and judge will analyze your case differently. Only an attorney with experience in both intellectual property and business law can provide you with the legal assistance and counsel you need to ensure your rights are protected.

If you’re in the Kansas City, Missouri area, including the surrounding towns of Columbia, Springfield, and Rolla, contact my firm, Law Office of Julie Scott LLC, today to start looking at your options for filing a trade secret lawsuit.