What Happens if a Trademark is Infringed? 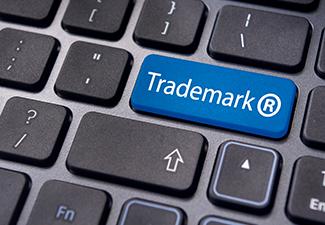 The 3M company, headquartered in Minnesota, is famous to consumers for its design and manufacture of everyday products like Scotch Tape and Post-It Notes. When a company in China named itself 3N, the Minneapolis company – founded in 1902 – sued Changzhou Huawei Advanced Material Co Ltd for trademark infringement. The company won the case because the 3N trademark was so similar to 3M that it was used successfully to poach clients and market share.

Of course, not all trademarks are as distinctive and ubiquitous as 3M or Coca-Cola, but they still can be legally protected by registering them with the U.S. Patent and Trademark Office (USPTO) or here in Missouri with the Secretary of State and the Business Services Division. If you want to protect your trademark internationally, then you can either apply for registration in each country individually or use the Madrid System. The Madrid System comprises two international treaties and provides a cost-effective and efficient way to ensure the protection of a mark in multiple countries by filing only one application in one language and with only one set of fees.

Trademark infringement cases hinge, broadly speaking, on whether a similar but later trademark causes confusion among consumers or buyers and weakens the value of the original mark. If the case is won, the infringing entity will be prevented from using its mark and can be ordered to pay monetary damages.

If you need to register or protect your trademark in or around Kansas City, Missouri, contact me at the Law Office of Julie Scott LLC. I have helped many clients to register and protect their trademarks against infringement, and I stand ready to help you as well. I also proudly serve clients in Columbia, Springfield, and Rolla.

What is a Trademark?

The USPTO defines a trademark (TM) as “a word, phrase, symbol, and/or design that identifies and distinguishes the source of the goods of one party from those of others.” A service mark (SM) is similarly defined, but it applies to services provided instead of goods. A trademark can be owned by a business, individual, or legal entity.

Under common law, a trademark can be protected without registering it, but only within the area in which it is being used. If you open Jerry’s Cajun Chicken in Kansas City and then someone opens an identically named operation in St. Louis, you will likely have trouble enforcing your mark.  In contrast, if you federally registered your mark then you will have a much greater ability to enforce it against the business in St. Louis.

Trademarks offer your unique mark protection from infringement by another company, another company counterfeiting your goods and services, and damage to your business reputation. Your trademark also offers protection to consumers so they are not purchasing goods or services from unknown sources. Trademarks can become valuable business assets.

Infringement of a trademark happens when confusion results from the use of a similar trademark by a person or entity that registers its mark after the original one was registered. The original owner – or senior user – can then sue the junior user for profiting from the original mark without permission.

Using the Polaroid Factors, someone being accused of infringement can argue that the two marks are not that similar and/or that the original mark is not distinctive enough to warrant an infringement claim. Similarly, the alleged junior user can produce evidence that no confusion resulted among buyers or that the products and services are not so similar that the senior user was harmed.

If you are facing trademark infringement, you need to retain a skilled trademark attorney to represent your best interests and protect what you have worked so hard to build. Together, we can evaluate your available options and strategize the best path for you to move forward.

For all matters relating to trademarks – and to intellectual property in general – contact me at the Law Office of Julie Scott LLC. I can help you obtain the protection you need for your trademark and initiate actions against any infringers to thwart their intent to profit off your mark.

My office proudly serves clients in and around Kansas City, Missouri, including Columbia, Springfield, and Rolla. Reach out today to set up a consultation.